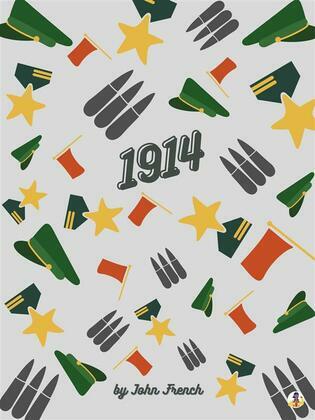 1914 is a classic autobiographical account of WWI by John French.

For a memoir of World War I, Sir John French's book 1914, does a fairly good job of recounting the facts, however skewed they may be. French, whose full name and titles are quite daunting, was Field Marshal John Denton Pinkstone French, 1st Earl of Ypres KP, GCB, OM, GCVO, KCMG, ADC, PC (1852 – 1925).

He was Commader-in-Chief of the BEF (British Expeditionary Forces) against the Germain advances through Continental Europe. French, who was stubborn and hotheaded, ordered maneuvers which weren't the best course of action, for which he was eventually switched out for another commander.

Though he was the obvious choice for Commander-in-Chief at the time, French was fighting a 20th century war with a 19th century mindset. Images of him at the time portray him mounted on horseback, a billowing feather in his hat... meanwhile the tanks and tear gas are just over the horizon.