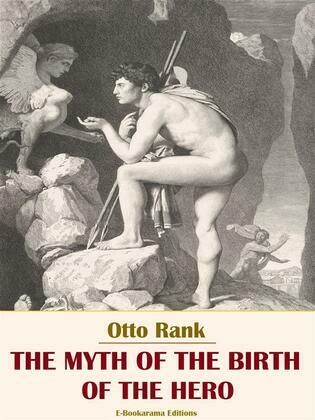 The Myth of the Birth of the Hero

Originally published in 1909, Otto Rank's "The Myth of the Birth of the Hero" offered psychoanalytical interpretations of mythological stories as a means of understanding the human psyche.

Like his mentor Sigmund Freud, Rank compared the myths of such figures as Oedipus, Moses, and Sargon with common dreams, seeing in both a symbolic fulfilment of repressed desire.

In Otto Rank's view, this book was the first to attempt a psychoanalytical interpretation of myths: In it he declared that psychological reality is responsible for organizing what is narrated by the myth or the story. This work, a "cornerstone" of the psychoanalytical study of mythology, and written at Freud's request, did indeed open up original perspectives in the methodological approach to the problem of the formation and function of myths.

Breaking away from the naturalist analysis of mythology, Rank founded his study on the parallel between dream and myth and on the concept proposed by Freud of the "family romance of neurotics."