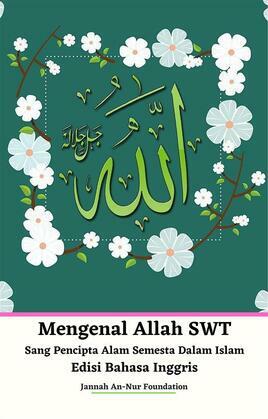 It is a known fact that every language has one or more terms that are used to refer to God and sometimes to lesser deities at the same time. This is not the case with Allah SWT. Allah is the personal name of the One true God. Nothing else can be called Allah.

The term has no plural or gender. This shows its uniqueness when compared with the word "god," which can be made plural, as in "gods," or made feminine, as in "goddess." It is interesting to note that Allah is the personal name of God in Aramaic, the language of Jesus and a sister language of Arabic.

The One true God is a reflection of the unique concept that Islam associates with Allah SWT. To a Muslim, Allah SWT is the Almighty Creator and Sustainer of the universe, Who is similar to nothing, and nothing is comparable to Him.

The Prophet Muhammad SAW was asked by his contemporaries about Allah SWT; the answer came directly from Allah SWT Himself in the form of a short chapter of The Noble Quran, which is considered to be the essence of the unity or the motto of pure monotheism. This is chapter 112, which reads:

"In the name of Allah, the Merciful, the Compassionate. Say (O Muhammad), He is Allah, the One God, the Self-Sufficient, who has not begotten, nor has been begotten, and equal to Him is not anyone." (The Noble Quran)