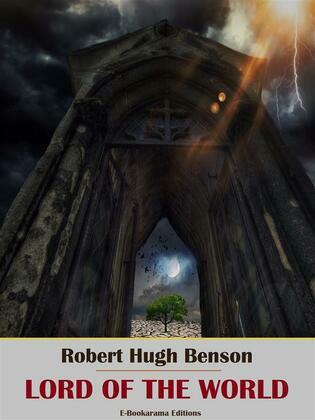 Lord of the World

First published in 1907, Robert Hugh Benson’s "Lord of the World" is an early Dystopian novel about the reign of the Anti-Christ and end of the World.

After its publication, Priest Benson received hate mail and traitorous accusations by his former Anglican colleagues (he left the Church of England and converted to the Roman Catholic Church a decade earlier.) This religious controversy heightened interest in the novel and speculation about the future of spiritual doctrine.

"Lord of the World" is a dystopic vision of a near future world in which religion has, by and large, been rejected or simply fallen by the wayside. The Catholic Church has retreated to Italy and Ireland, while the majority of the rest of the world is either Humanistic or Pantheistic. There is a 'one world' government, and euthanasia is widely available. The plot follows the tale of a priest, Percy Franklin, who becomes Pope Silvester III, and a mysterious man named Julian Felsenburgh, who is identical in looks to the priest and who becomes "Lord of the World"...