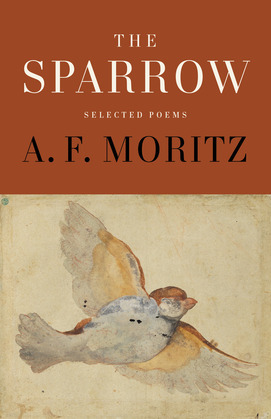 A. F. Moritz has been called “one of the best poets of his generation” by John Hollander and “a true poet” by Harold Bloom, who ranks him alongside Anne Carson. He is the recipient of numerous awards and honours throughout North America, including the Award in Literature of the American Academy of Arts and Letters, the Guggenheim Fellowship, Poetry magazine’s Beth Hokin Prize, the Ingram Merrill Fellowship, and the Griffin Poetry Prize.

The Sparrow: Selected Poems of A. F. Moritz surveys forty-five years of Moritz’s published poems, from earlier, lesser-known pieces to the widely acclaimed works of the last twenty years. Here are poems of mystery and imagination; of identification with the other; of compassion, judgement, and rage; of love and eroticism; of mature philosophical, sociological, and political analysis; of history and current events; of contemplation of nature; of exaltation and ennui, fullness and emptiness, and the pure succession and splendour of earthly nights and days.

The Sparrow is more than a selected poems; it is also a single vast poem, in which the individual pieces can be read as facets of an ever-moving whole. This is the world of A. F. Moritz — a unique combination of lyrical fire and meditative depth, and an imaginative renewal of style and never-ending discovery of form.