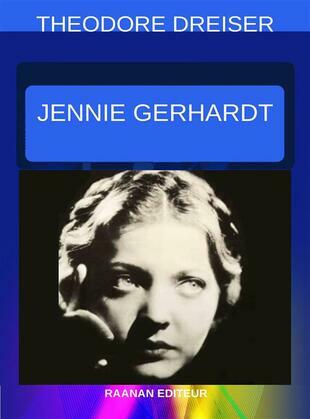 Jennie Gerhardt is a 1911 novel by Theodore Dreiser.

| Jennie Gerhardt is a destitute young woman. While working in a hotel in Columbus, Ohio, Jennie meets George Brander, a United States Senator, who becomes infatuated with her. He helps her family and declares his wish to marry her. Jennie, grateful for his benevolence, agrees to sleep with him. He dies before they marry, and Jennie is pregnant.

She gives birth to a daughter, Vesta, and moves to Cleveland with her mother. There she finds work as a lady's maid in a prominent family. In this home, she meets Lester Kane, a prosperous manufacturer's son. Jennie falls in love with him, impressed by his strong will and generosity. She leaves her daughter in Cleveland and travels to New York with Kane. He does not know of her illegitimate daughter and wants to marry Jennie. But because of their difference in class, he anticipates his family's disapproval...|