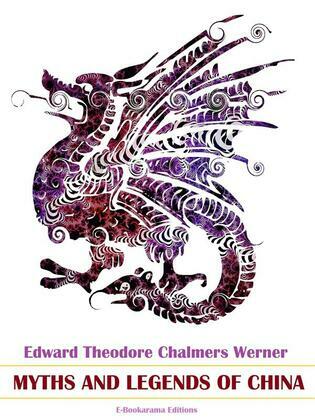 Myths and Legends of China

First published in 1922, "Myths and Legends of China" is a fascinating and comprehensive collection of Chinese myths and legends in which Edward Theodore Chalmers Werner drew upon material readily available to him as a member of the Chinese government's' Historiographical Bureau in Beijing.

A former barrister and British consul in Foochow, Werner presents a wealth of information illuminating the ideas and beliefs that governed the daily lives of the Chinese people long before the revolutions of the 20th century. Offering a provocative glimpse into a world dominated by traditional rules of etiquette and inhabited by demons, dragon-gods, and spirits, the volume opens with an introductory chapter on the origins of the Chinese people. In succeeding chapters, Mr. Werner's readable, well-illustrated text considers the gods of China and myths of stars, thunder, lightning, wind and rain; of water and fire; of epidemics, medicine, and exorcism; as well as tales about the goddess of mercy, the guardian of the gate of heaven, accounts of how the Monkey became a god, and much more.