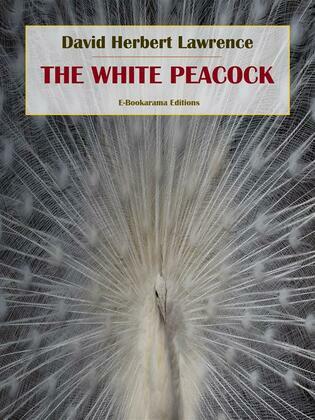 First published in 1911, “The White Peacock” is the first novel of David Herbert Lawrence. "The White Peacock" is both a fascinating precursor of the more famous novels to come and a moving and challenging book in its own right.

“The White Peacock” follows a group of young friends living in the English midlands. The plot is narrated by Cyril Beardsall and focuses in particular on the relationship of his sister Lettie with two admirers, the more handsome and down to earth George and the more effete gentleman Leslie.

The novel is a compelling exploration of the estrangements of modern life. Focusing on the three relationships - one destructively stillborn, one disastrously unfulfilling and one passionately unspoken - Lawrence exploits the language and conventions of the rural tradition to foreground man's alienation from the natural world. His evocation of the vanishing countryside of the English midlands, as soon through the eyes of the effete Cyril Beardsall, is both vivid and arresting, and as the novel draws towards its tragic conclusion Lawrence handles his themes with an increasingly visionary power.