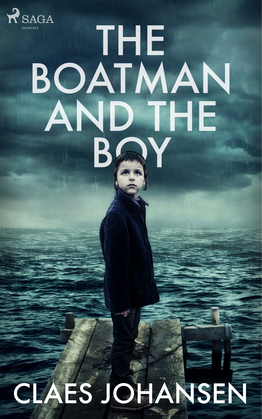 The Boatman and the Boy

By now the sun was up, and through the periscope he minded he could see the stony plateau in front of the position. On the other side of it were the outskirts of the jungle where the enemy was hiding and building his camps, preparing for new attacks. He observed the vastness of the wild jungle stretching north and west, pierced by hundreds of hilltops, each surrounded by a white fog. French Indochina was a gigantic and mysterious place, and he was gradually losing hope that he would ever find what he had come here searching for.

French Indochina in the early 1950?s: a badly wounded private in the Foreign Legion, registered under a false name, is admitted to a military hospital. From here we learn about his childhood in Eastern Romania during the 1930s. In a powder keg consisting of Communism, Fascism, anti-Semitism and growing Nazism, Chaim Bercuvitz grows up in the Jewish district of the village of Tetzeda. In this maelstrom of events, the pipe-smoking ferryman and provocateur incarnate, Elisha-shifman, becomes a hero to the boy, as he experiences the monstrosities befalling the Jewish people wherever Nazism takes root. For Chaim it all develops into a personal revenge drama, which through a long journey brings him to a far-off corner of the ailing French colonial empire.

The Boatman and the Boy is powerful classic novelistic art built on a solidly researched foundation. A captivating and message-carrying work, which elegantly balances human aspects with high politics.