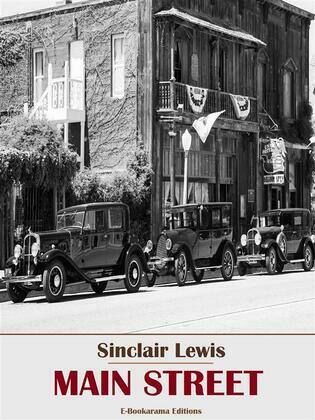 Set in the tiny town of Gopher Prairie, Minnesota, the story revolves around the trials and tribulations of Carol Milford Kennicott as she struggles to adjust to small-town living. As Carol contends with the small-minded, middle-class customs of her husband’s hometown, she envisions transforming the place into a bustling hub of culture, art and commerce. However, Carol is resisted by the provincial nature of the small townsfolk who despise big-city values. Sinclair drew inspiration for the novel from his own time spent in the small town of Sauk Center, Minnesota.

Highly acclaimed upon publication, "Main Street" remains a recognized American classic. In 1921, the novel was originally awarded the Pulitzer Prize in fiction. However, the Board of Trustees overruled the jury’s decision and awarded the Pulitzer to Edith Wharton’s "The Age of Innocence" instead. In 1930, "Main Street" helped Sinclair become the first American to be awarded the Nobel Prize for Literature. In 1998, the Modern Library listed "Main Street" #68 on its ranking of the 100 best English-language novels of the 20th Century.