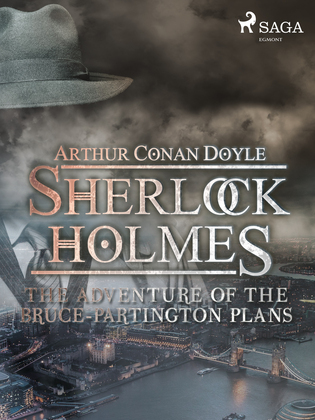 The Adventure of the Bruce-Partington Plans

A thick smog has fallen over London. Mycroft comes to visit his brother Sherlock Holmes, asking for his help. A ten-page secret document has gone missing and three pages have just been found... in the pocket of Arthur Cadogan West's lifeless body. He was discovered near Aldgate tube station with his head smashed in and with only a little money, the confidential pages, and theatre tickets on him. Strangely, he had no Underground ticket. The document is a construction plan for the Bruce-Partington submarine and it is feared that the document may fall into enemy hands.
"The Adventure of the Bruce-Partington Plans" is part of "His Last Bow".