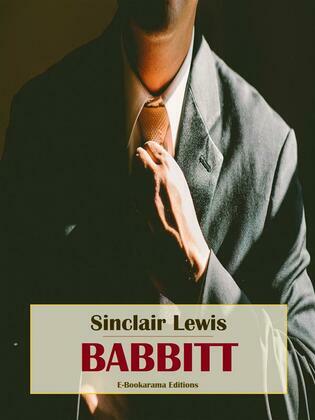 First published in 1922, "Babbitt" by Sinclair Lewis is a contentious novel that satirizes American culture and society, criticizing the folly of middle-class life as well as social pressures towards conformity. The word “babbitt” refers to a person, especially a businessman who conforms to prevailing middle-class standards without questioning them. The novel’s scathing indictment of middle-class American values made Babbittry a synonym for adherence to a conformist, materialistic, anti-intellectual way of life.

After the enormous success of his novel "Main Street", Sinclair Lewis turned to another icon of American life, this time the archetypal middle-class businessman, immortalized in the figure of George F. Babbitt, a prosperous real-estate broker in the Midwestern town of Zenith. Babbitt becomes unhappy with the ritualized and highly conformist life that he is leading and attempts to make it more gratifying. Unfortunately, accomplishing that task would take more character than our hero possesses and he relapses back into the vacuous rituals he intended to leave behind.

The controversy provoked by "Babbit" was influential in the decision to award the Nobel Prize in Literature to Lewis in 1930.