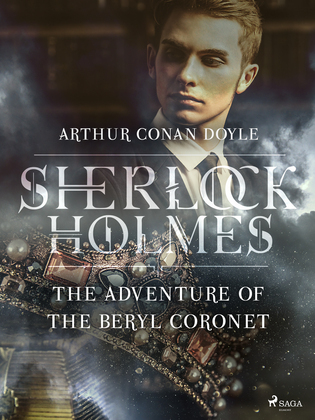 The Adventure of the Beryl Coronet

The banker Alexander Holder has been the victim of a theft and his son Arthur has been caught red-handed. An important client had entrusted Alexander with the Beryl Coronet - a rare and precious piece of jewellery - in exchange of a pund50,000 loan. Not wanting to risk leaving it at the bank, Holder had taken it back home. He'd been awoken at night by a noise and had discovered his son, coronet in hand, and three of its beryl were missing. Yet Sherlock Holmes, hired by Holder, doesn't seem to think that Arthur is guilty.
"The Adventure of the Beryl Coronet" is part of "The Adventures of Sherlock Holmes".