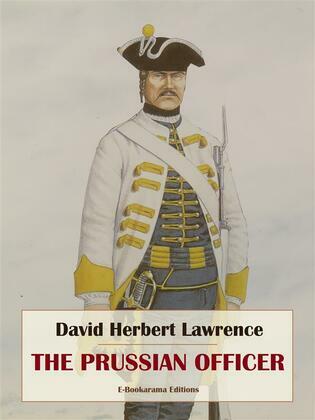 First published in London in 1914, “The Prussian Officer” by David Herbert Lawrence is part of his collection The Prussian Officer and Other Stories and it is considered by some critics as one of the world's masterpieces of short fiction.

The plot of the story is so simple and its two characters are so stark as to be archetypal. An aristocratic Prussian captain becomes obsessed with his uncomplicated young orderly but deals with the obsession by repressing it, humiliating and physically mistreating the young man...a situation that will have dramatic consequences.

“The Prussian Officer” is noted for its representation of sexual repression, and the emotional toll it can take on the body, mind, and spirit. Lawrence uses three repeated motifs in the story to build tension between the characters: neck, dryness or thirst, and the colour red. These motifs circle around each other, expressing the unspoken desire of the Captain and the building violence between the two men.

In “The Prussian Officer,” sexual repression is fatal for both the object of affection and the man repressing his feelings.