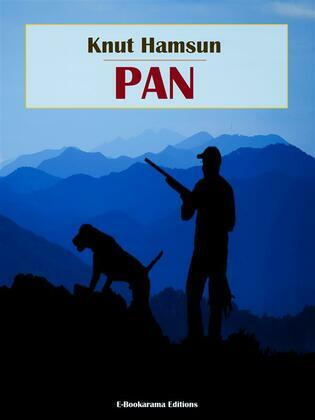 First published in 1894, "Pan" by Knut Hamsun is a love story about Thomas Glahn, a lone hunter and ex-military man, who lives in the wilderness with his only companion, a dog called Aesop. The story is set in Norway. Glahn, who is also the narrator in the story, survives through fishing and hunting. He is not a social person and prefers staying in the wilderness. The author states that he has an animal-like resemblance and wears leather. Upon meeting Edvarda, the daughter of a merchant in a nearby town, they are both strongly attracted to each other, but neither understands the other's love.

The author delves into the human psyche and reveals the different types of thoughts people have about others.

"Pan" was hailed for the beauty of its descriptions of nature by contemporaries.

Born in 1859 in Lom, Gudbrandsdalen, Norway, Knut Hamsun believed writers should write about the human mind. He wrote psychological works that included running inner monolog. Hamsun wrote plays, poetry, essays, short stories, over twenty novels, and a travelogue. He won the Nobel Prize in Literature in 1920 for "Growth of the Soil".