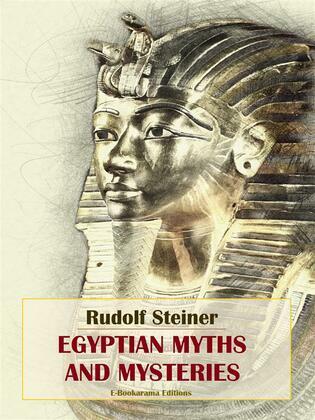 "Egyptian Myths and Mysteries" is a book made up of a series of lectures which Rudolf Steiner gave at Leipzig in September 1908.

"Egyptian Myths and Mysteries" contains 12 lectures in all, covering things like the stages of evolution, the mysteries of the planets, Atlantis, old initiation centres and spiritual connections between ancient and modern times. He links all this to ancient Egyptian practices and beliefs with the penultimate lecture being the Egyptian doctrine of evolution.

Steiner reveals here the deep spiritual connection of our modern epoch with Egypt and why it is important to study its civilization with its profound wisdom, its extraordinary knowledge of cosmic laws, and its myths, which are meaningful for us now. Steiner emphasizes the astonishing and special relationship between our own time and that of ancient Egypt--how, in the natural rhythm of the ages, the so-called third post-Atlantian (Egyptian) epoch is mirrored by the fifth (present) epoch. In this sense, today it is especially relevant to look at ancient Egypt with fresh eyes.

He goes into the experiences of the Egyptian initiations, facts of occult anatomy and physiology, the stages of evolution of the human form, and more, culminating with a lecture on Christ as the conqueror of matter.