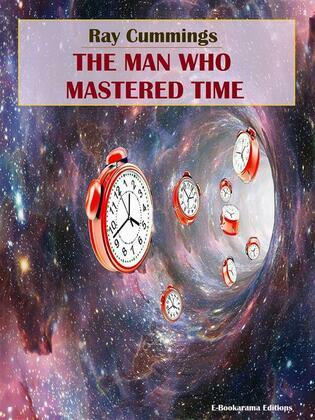 The Man Who Mastered Time

First published in Argosy in 1924, "The Man Who Mastered Time" completes the trilogy of Ray Cummings' tales of Matter, Space, and Time ("The Girl in the Golden Atom" and "The Fire People" dealing with the first two matters, respectively). The Matter, Space and Time series postulates that matter, space and time are interlinked and that one cannot exist without the others.

"The Man Who Mastered Time" is a sequel to and with the same characters as "The Girl in the Golden Atom".

"The Man Who Mastered Time" tells the story of Loto, a man of twenty that explains to family friends that he and his father had been experimenting two years earlier with the fluorescence in a Crookes tube when they accidently created a ray that could see through time, showing them a distant ice age future where a figure was on a sled pulled by dog-like creatures that were as big as horses. The sled stopped at a low, oval building where Loto could also see a beautiful girl; it soon became obvious that the girl was a slave or a captive and Loto vowed to save her.  It took Loto two years but the young man had perfected a space-time machine -- an airplane of sorts -- that could move through both space and time.  He said goodbye to his friends, climbed into the plane, and vanished...