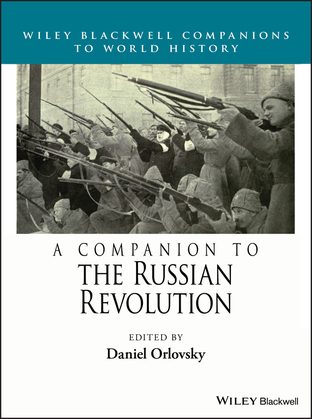 A Companion to the Russian Revolution

The Russian revolution of 1917 reverberated throughout an empire that covered one-sixth of the world. It altered the geo-political landscape of not only Eurasia, but of the entire globe. The impact of this immense event is still felt in the present day. The historiography of the last two decades has challenged conceptions of the 1917 revolution as a monolithic entity? the causes and meanings of revolution are many, as is reflected in contemporary scholarship on the subject.

A Companion to the Russian Revolution offers more than thirty original essays, written by a team of respected scholars and historians of 20th century Russian history. Presenting a wide range of contemporary perspectives, the Companion discusses topics including the dynamics of violence in war and revolution, Russian political parties, the transformation of the Orthodox church, Bolshevism, Liberalism, and more. Although primarily focused on 1917 itself, and the singular Revolutionary experience in that year, this book also explores time-periods such as the First Russian Revolution, early Soviet government, the Civil War period, and even into the 1920?s.

A Companion to the Russian Revolution is an important addition to modern scholarship on the subject, and a valuable resource for those interested in Russian, Late Imperial, or Soviet history as well as anyone interested in Revolution as a global phenomenon.