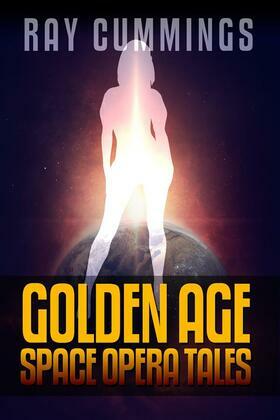 Ray Cummings (born Raymond King Cummings) (August 30, 1887 – January 23, 1957) was an American author of science fiction literature and comic books. Cummings was born in New York City in 1887. He worked with Thomas Edison as a personal assistant and technical writer from 1914 to 1919.

Cummings is identified as one of the "founding fathers" of the science fiction genre. During the 1920's and 1930's, he thrilled millions of readers with his vivid tales of space and time.

Following the lead of Jules Verne and H. G. Wells, Cummings successfully bridged the gap between the early dawning of science-fiction in the last decades of the Nineteenth Century and the full flowering of the field in these middle decades of the Twentieth.

Monster of the Asteroid

Beyond the Vanishing Point

Scroll Up and get Your Copy Now.