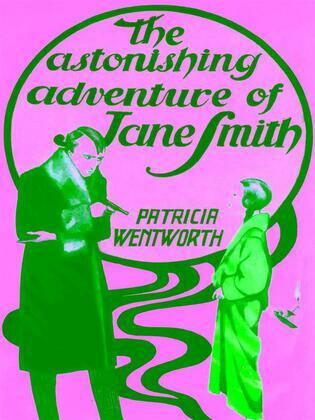 The Astonishing Adventure of Jane Smith

Patrica Wentworth’s The Astonishing Adventure of Jane Smith tells the story of a young woman who is swept into an adventure after a chance meeting when she’s down on her luck, with nowhere to stay and no money. In an astonishing coincidence, this Jane has a cousin Renata who is practically her double and who is being held hostage by her father and a shadowy group that he is associated with. The cousin has a fiancé who is desperate to elope with her and run off to foreign climes and Jane ends up switching places with Renata and taking over her identity. What follows is a breathless espionage adventure thriller with a bit of romance and a lot of murder.