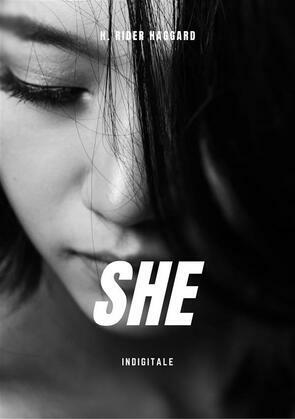 The Eternal Woman, or She (She: A History of Adventure), is a fantasy adventure novel by H. Rider Haggard, first published in The Graphic magazine from October 1886 to January 1887. In reprints it was extraordinarily popular at the time and is remained one of the classics of fictional literature. The novel was translated into Italian for the first time in 1901, published in installments on La Domenica del Corriere. In this work, H. Rider Haggard developed the conventions of the "lost world strand", which many other authors emulated. The novel generated three sequels and inspired a dozen films, half of them already in the silent film era.