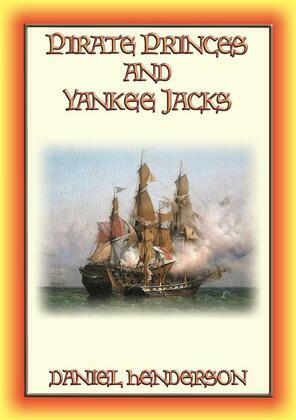 Pirate Princes and Yankee Jacks is a tribute to the men and boys who created and served in America's first navy.

It sets forth David Forsyth's Adventures in America's Battles on Sea and Desert with the Buccaneer Princes of Barbary* (North Africa), with an Account of a Search under the Sands of the Sahara Desert for the Treasure-filled Tomb of Ancient Kings.

It is about the pioneering American captains and sailors who once suffered slavery and torture to make the Mediterranean a safe sea for Yankee vessels. It also remembers the Americans who lay for nine years in Turkish prisons and about General William Eaton, who led a little band of Americans and Greeks on a desperate venture across the North African desert to release the imprisoned crew of the Philadelphia from Turkish bondage, and who, for the first time, raised the United States flag over a fort of the old world.

* Barbary, or the Barbary Coast, is an area along the North Coast of Africa. It was not always a unified political entity. From the 16th century onwards, it was divided into the political entities of the Regency of Algiers, Tunis, and Tripolitania (Tripoli). Major rulers and petty monarchs during the times of the Barbary States' plundering parties included the Pasha or Dey of Algiers, the Bey of Tunis and the Bey of Tripoli.