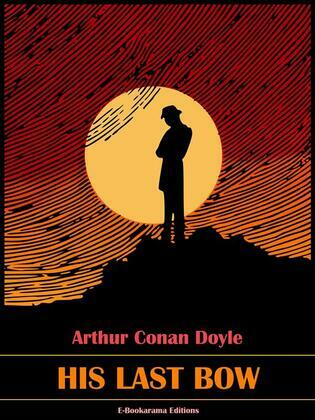 First published in The Strand Magazine in September 1917, "His Last Bow" is a short story written by Arthur Conan Doyle and the final work in his classic mystery series about the legendary detective, Sherlock Holmes.

Unusual for a Sherlock Holmes story, “His Last Bow” is a short spy story as opposed to a detective-centered mystery. It is also told in the third person, as opposed to the first. No one is entirely sure why. However, it’s said that the story could have been designed to boost public morale during the First World War, because of its portrayal of British and German spies.

A criminal organization, a woman's disappearance and a man pretending to be someone he's not - that's just a small sampling of the adventures in ''His Last Bow", eight great short stories about Sherlock Holmes and his investigative prowess.