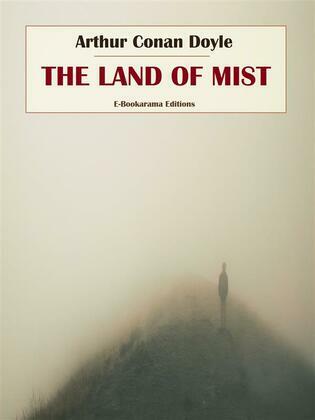 The Land of Mist

First published in a serial form in The Strand magazine July 1925-May 1928, "The Land of Mist" is the third and last novel in the Professor Challenger series, and is a marked departure from the previous tales. The novel picks up some of the characters who discovered an island full of prehistoric creatures in Conan Doyle’s "The Lost World", and sets them exploring the even stranger world of ghosts and spirits.

For the later decades of his life, Conan Doyle was an enthusiastic spiritualist, and a great propagandist for the cause. He had the sense to keep Sherlock Holmes well away from his supernatural interests, but in this book Professor Challenger and company face all sorts of ethereal wonders. Challenger becomes a Spiritualist, and the novel strongly promotes the concept of Spiritualism.