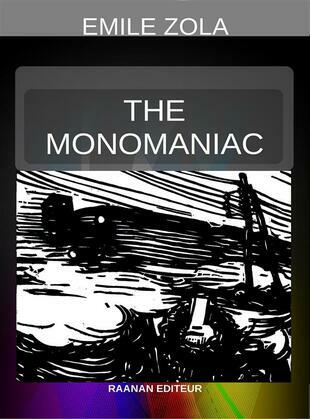 The Monomaniac (La Bête humaine) is an 1890 novel by Émile Zola. The story has been adapted for the cinema on several occasions. The seventeenth book in Zola's Les Rougon-Macquart series, it is based upon the railway between Paris and Le Havre in the 19th century and is a tense, psychological thriller.

The main characters are Roubaud, the deputy station master at Le Havre, his wife Séverine, and Jacques Lantier. Lantier is an engine driver on the line and the family link with the rest of Les Rougon-Macquart series. He is the son of Gervaise (L'Assommoir), the brother of Étienne Lantier (Germinal) and Claude Lantier (L'Œuvre), and the half-brother of the eponymous Nana.

| Lantier, the "human beast" of the title, has a hereditary madness and has several times in his life wanted to murder women. At the beginning of the story he is an engine driver, in control of his engine, "La Lison." His relationship with "La Lison" is almost sexual and provides some degree of control over his mania...

As a result of a chance remark, Roubaud suspects that Séverine has had an affair some years earlier, with Grandmorin, one of the directors of the railway company, who had acted as her patron and who had helped Roubaud get his job. He forces a confession out of her and makes her write a letter to Grandmorin, telling him to take a particular train that evening, the same train Roubaud and Séverine are taking back to Le Havre...|