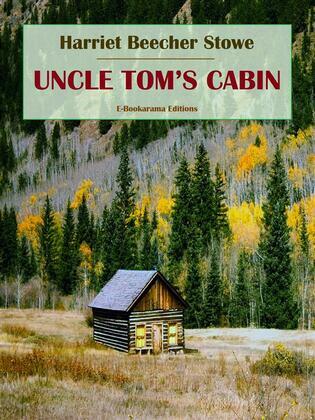 Published in 1852, a mere nine years before the start of the US Civil War, Harriet Beecher Stowe's heartbreaking classic "Uncle Tom's Cabin" seeks to unmask the horrors of slavery, revealing the brutalities that those who had not witnessed them could never have imagined, the terrors that those in the thick of it struggled to deny. In her story of suffering, barbarism, hope, and redemption, Stowe won millions to the abolitionist, or anti-slavery, cause in the US, and she created one of the most iconic and enduring novels in American literature.

"Uncle Tom's Cabin" was not intended to become a full-length novel, but its huge popularity led a publisher to contact Stowe and convince her to expand it. Though already an active abolitionist, the Fugitive Slave Act of 1850 was the impetus for Stowe to write the novel, which became a symbol of the power of literature in social reform. "Uncle Tom’s Cabin" was the best-selling novel of the nineteenth century and was only outsold by the Bible. The novel became a cultural phenomenon, spawning “Uncle Tom Plays” and giving birth to character tropes “Uncle Tom,” “Topsy,” “Simon Legree,” and others. The novel was banned in many of the Southern states and later in the Confederacy. Its popularity helped spread and strengthen the abolitionist movement throughout the Union. In spite of its role in the anti-slavery movement, the book is not without controversy. It is critiqued for perpetuating racial stereotypes; these negative connections often overshadow its historical significance.

"Uncle Tom’s Cabin" is comprised of two occasionally intersecting plots following Uncle Tom as he is sold down the river and Eliza and George Harris as they make their way north to freedom. Tom and Eliza are both slaves to the Shelby family of Kentucky. The Shelbys are indulgent masters and treat their slaves well. Tom is particularly well-liked by both the family and his fellow slaves for his honest, pious nature. Young George Shelby has a deep fondness for him.

Mr. Shelby runs up debts, and his mortgage passes into the possession of Mr. Haley, a slave trader. Shelby is obliged to sell Tom and Harry, the sons of Eliza and George Harris...

Stowe's novel is a story of cruelty and hope, of faith and despair, and of humanity in the face of inhumanity.