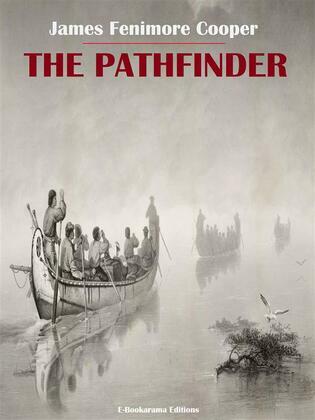 Originally published in 1840, "The Pathfinder" (in full "The Pathfinder; or, The Inland Sea") is a picturesque novel by American writer James Fenimore Cooper.

"The Pathfinder" is the fourth of five novels published as The Leatherstocking Tales, but in terms of the chronological narrative, it is third in the series.

"The Pathfinder" is a naval story set on the Great Lakes of the 1750s. Fashioned from Cooper's own experience as a midshipman on Lake Ontario, the novel revives Natty Bumpo (who had died in "The Prairie"), and illuminates Cooper's interest in American history with his concern for social development.

Natty Bumppo is a 40-year-old wilderness scout living near Lake Ontario during the French and Indian War who comes to the aid of a British colonial garrison under attack. He dearly loves Mabel Dunham, daughter of a sergeant. Mabel refuses his offer of marriage because she loves his friend, Jasper Western (under suspicion of being a traitor), in large part because of his fluency in French.