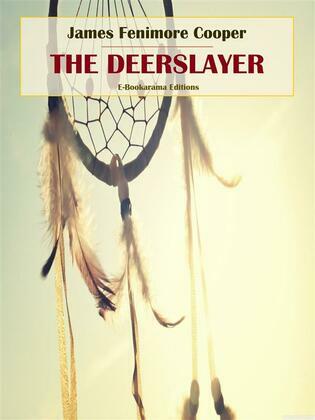 First published in 1841, "The Deerslayer" (AKA "The Deerslayer: The First War Path"), a novel by American writer James Fenimore Cooper, is the first instalment in his famous Leatherstocking Tales chronologically, though the last to be written. The series follows the adventures of Natty Bumppo, an American frontiersman partly raised by Mohican natives, as he navigates the tensions between the natives and the European settlers against the backdrop of the American wilderness.

In terms of the story’s continuity, "The Deerslayer" is followed by what is probably the most famous of the Leatherstocking Tales books, "The Last of the Mohicans". While the latter tells the story of Natty — by then known as Hawkeye — in 1757, during the French and Indian War, "The Deerslayer" takes place around 1740, introducing a Natty who has not yet had to kill or fight for his life — thus the subtitle, The First War Path.

A restless white youth raised by Indians, Natty Bumppo is called Deerslayer for the daring that sets him apart from his peers. But he has yet to meet the test of human conflict. In a tale of violent action and superbly sustained suspense, the harsh realities of tribal warfare force him to kill his first foe, then face torture at the stake. Still yet another kind of initiation awaits him when he discovers not only the ruthlessness of "civilized" men, but also the special danger of a woman's will. His reckless spirit transformed into mature courage and moral certainty, the Deerslayer emerges to face life with nobility as pure and proud as the wilderness whose fierce beauty and freedom have claimed his heart.