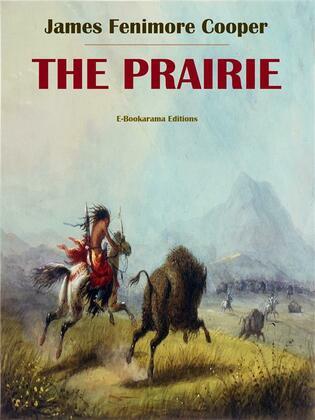 Written at speed after "The Last of the Mohicans" established Cooper’s reputation, and published just a year later in 1827, "The Prairie", the third published novel of the Leatherstocking Tales but the last in Deerslayer’s chronology, depicts Leatherstocking, now known as the trapper or the old man, in his final days.

The setting is the edge of the Great Plains, the time is 1805, and the hero is in his eighties—his maturation and movement have paralleled that of the United States. Although Cooper himself never travelled to this locale, he researched his subject well. Unfortunately, with the familiar good against bad Indians dichotomy (this time the Pawnee and Sioux, respectively), wise sayings that sound more like platitudes, and the stock romance pursuit, capture, and escape plot, Natty Bumppo’s exit is not as memorable as his entrance.

"The Prairie" extols the vanishing American wilderness, disappearing because of the westward expansion of the American frontier. It concerns Natty Bumppo’s travels with a party of settlers across the unsettled prairie of the Great Plains. Bumppo ultimately rejects life with the settlers and goes to live out his days in a Pawnee village, away from the encroaching civilization he distrusts.