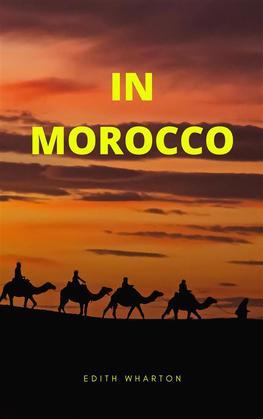 In Morocco is an excellent travelogue written by Edith Wharton following her visit to the country in 1917 during the turmoil of World War I. Wharton traveled with a French General in a motorcar for much of her trip. Edith Wharton was one of the greatest authors of the early 20th century. In 1921 Wharton became the first woman to win the Pulitzer Prize and she was also nominated for the Nobel Prize in Literature on 3 different occasions. Wharton's writing was known for its wit while providing great social and psychological insight into American culture during her time. With classics such as The Age of Innocence, Ethan Frome, The House of Mirth, and The Custom of the Country, Wharton remains one of the most widely read authors in all of literature.