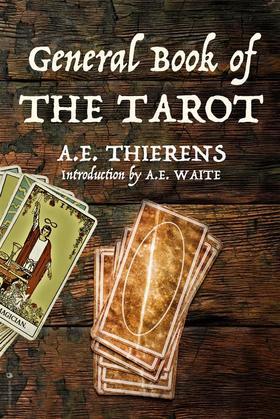 General Book of The Tarot

by A.E. Waite (Author), A.E. Thierens (Author)
Excerpt Buy for €2.49
Nonfiction Nature, recreation and sports Games Reference
warning_amber
One or more licenses for this book have been acquired by your organisation details

Adolph Ernestus Thierens  was a noted and controversial Dutch astrologer. His many publications are not only about astrology, but also about Tarot, Theosophy and Freemasonry. In the following pages A.E. Thierens gives the meaning of both Greater and Lesser Arcana after the astrological theory with a précis of the traditional significance, the latter taken chiefly from Dr. Papus and from the renderings of Mr. Waite and Mr. S. L. MacGregor Mathers (also Éliphas Lévi, Eteilla, Court de Gebelin, P. Christian, etc.) The symbolical system of the Tarot consists of 78 picture cards of which 22 constitute the Major Arcana or Trumps Major, 56 (4 × 14) the Minor Arcana, Trumps Minor. The meanings of the illustrations show the influence of the zodiacal mysteries, as well as Qabalistic principles.

This edition contains illustrations of the Rider-Waite Tarot deck and an introduction by Arthur Edward Waite.

This book is a Must-Have text that will be appreciated by anyone interested in the study of the tarot.