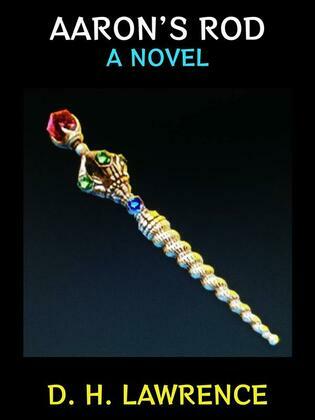 Aaron's Rod by D. H. Lawrence. D.H. Lawrence's seventh novel, Aaron Sisson, a union official in the coal mines of the English Midlands, is trapped in a stale marriage. He is also an amateur, but talented, flautist. At the start of the story he walks out on his wife and two children and decides on impulse to visit Italy. His dream is to become recognised as a professional musician. During his travels he encounters and befriends Rawdon Lilly, a Lawrence-like writer who nurses Aaron back to health when he is taken ill in post-war London. Having recovered his health, Aaron arrives in Florence. Here he moves in intellectual and artistic circles, argues about politics, leadership and submission, and has an affair with an aristocratic lady. The novel ends with an anarchist or fascist explosion that destroys Aaron’s instrument.