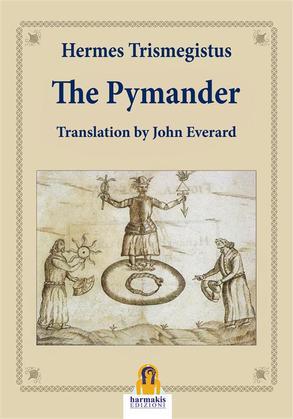 The Pymander (in Greek Ποιμ?νδρης, Poimandres) is a work written in Greek in the 2nd-3rd century AD. and traditionally attributed to Hermes Trismegistus. It was included in the Corpus Hermeticum, collected by Michele Psello around the middle of the 11th century, and was translated into Latin between 1460 and 1463 by Marsilio Ficino, who however extended the title of Pimander to all the fourteen books that then made up the Corpus. The work, which deals with creation, is a sort of initiatory path through which the faithful are led to the understanding of the nous and to rebirth in God, through the teaching of his messenger Hermes Trismegistus. According to one of the cardinal principles of the Hermetic doctrine, in fact, man must make a journey to free the divine part (the intellect) inherent in him from earthly bonds and reach salvation, represented by the logos, the truth of Poimandres.