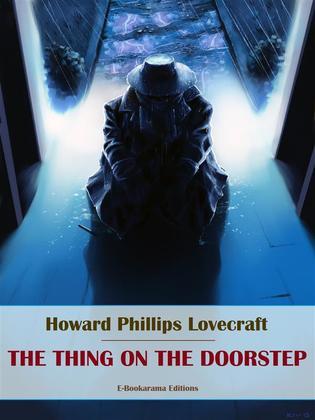 The Thing on the Doorstep

Written in August 1933, and first published in the January 1937 issue of Weird Tales, "The Thing on the Doorstep" is a short story written by Howard Phillips Lovecraft, part of the Cthulhu Mythos genre of horror fiction.

Dan Upton, the narrator of the story tells the reader that he has killed his friend, Edward Derby, but also mentions that he is not “his murderer”. He explains and justifies himself on committing this murder by recounting the story of their very close friendship. Dan narrates Edward’s story: of how he was a shy and closeted child, wealthy and privileged although he was a writer prodigy. Dan relates how he and Edward were kindred spirits, in that they have the same interests in the supernatural and the occult.

He hopes his account will prove that he is not a murderer...