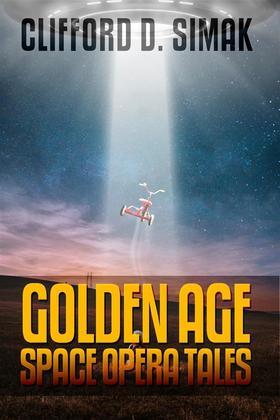 Clifford Donald Simak (August 3, 1904 – April 25, 1988) was an American science fiction writer. He won three Hugo Awards and one Nebula Award. The Science Fiction Writers of America made him its third SFWA Grand Master, and the Horror Writers Association made him one of three inaugural winners of the Bram Stoker Award for Lifetime Achievement.

Simak continued to produce award-nominated novels throughout the 1950s and 1960s. Aided by a friend, he continued writing and publishing science fiction and, later, fantasy, into his 80s. He believed that science fiction not rooted in scientific fact was responsible for the failure of the genre to be taken seriously, and stated his aim was to make the genre a part of what he called "realistic fiction."

The World That Couldn't Be

Hellhounds of the Cosmos

The Street That Wasn't There (with Carl Jacobi)