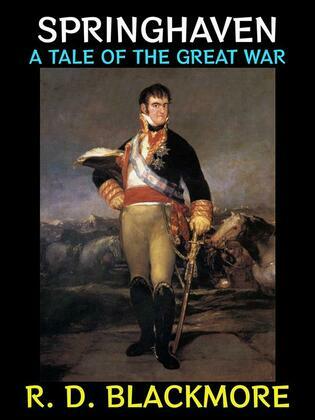 Springhaven: A Tale of the Great War

Springhaven: A Tale of the Great War by R. D. Blackmore which Blackmore published in 1887. It is set in Sussex during the time of the Napoleonic Wars, and revolves around the plots of the villainous Captain Caryl Carne who attempts to aid a French invasion. Springhaven is set in Sussex during the Napoleonic Wars. It is called "a Tale of the Great War," because Nelson and Napoleon are brought conspicuously on the scene, which is laid in the years preceding and following the Treaty of Amiens, and because it describes the Sussex coast at a time when invasion was daily expected.