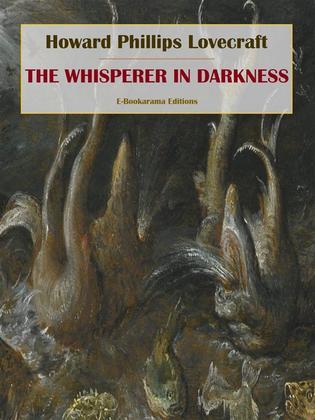 The Whisperer in Darkness

"The Whisperer in Darkness" is a short story by Howard Phillips Lovecraft written in 1930 and first published in the August 1931 issue of Weird Tales.

Similar to "The Colour Out of Space", it is a blend of horror and science fiction. Although it makes numerous references to the Cthulhu Mythos, the supernatural does not figure in the plot. The story also introduces the Mi-Go, an alien race of fungoid creatures.

The story is told by Albert N. Wilmarth, an instructor of literature at Miskatonic University in Arkham. When local newspapers report strange bodies seen floating in rivers during a historic Vermont flood, Wilmarth becomes embroiled in a controversy about the reality and significance of the sightings, though he sides with the skeptics. Wilmarth uncovers old legends about monsters living in the uninhabited hills who abduct people who venture or settle too close to their territory.

He receives a letter from one Henry Wentworth Akeley, a man who lives in an isolated farmhouse near Townshend, Vermont. He affirms that he has proof that will convince Wilmarth that he is wrong...