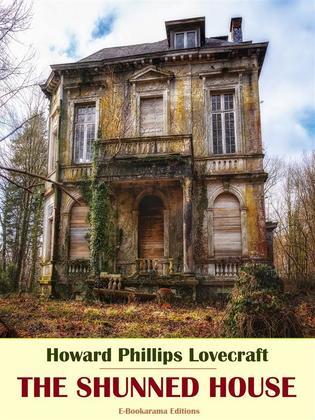 "The Shunned House" is a horror novella by Howard Phillips Lovecraft, written in October 1924 and first published in the October 1937 issue of Weird Tales.

The narrator, a Providence, Rhode Island resident teams up with his beloved, antiquarian uncle in studying why a decrepit 18th century house has been left vacant for so long. It appears that anyone who lives in the house long enough goes crazy and/or wastes to death. Of course, our protagonists decide to spend an evening in the cellar of the house...

This 1924 story is, in mood, sort of a rehearsal for Lovecraft’s more successful "The Case of Charles Dexter Ward" from 1927.

Lovecraft links, at the story’s beginning, the tale to his idol Edgar Allan Poe when he mentions that Poe passed by the site of real horrors when he spent time in Providence.