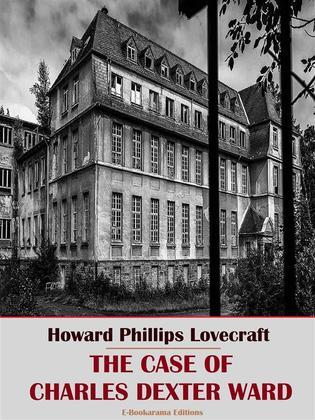 The Case of Charles Dexter Ward

Calling the novel a “cumbrous, creaking bit of self-conscious antiquarianism”, this brilliant work remained unpublished until Lovecraft’s weird fiction peers August Derleth and Donald Wandrei managed to have the writing posthumously published (in abridged form) within the May and July 1941 issues of Weird Tales.

Yet, most remarkably, for all Lovecraft’s creative and unprecedented literary creations: the Cthuhlu mythos, the cosmic horrors of the Old Ones, supernatural entities capable of transcending barriers of time and space, the author rarely employed personal and individual human tragedies into his work.

"The Case of Charles Dexter Ward" is the iconic author's most powerful exploration of an inquisitive mind overwhelmed by the dark arts.

"The Case of Charles Dexter Ward" is set In 1928 and tells the story of Charles Dexter Ward, a man confined to a private hospital near Providence, Rhode Island. He appears to have traded a twentieth-century mindset for an intimate acquaintance with eighteenth-century New England. Once proud of his antiquarian learning, he now tries to hide it and seeks knowledge of the present. Still odder are physiological changes: perturbed heartbeat and respiration, minimal digestion, and a general coarseness of cellular structure.

Suddenly, Charles Dexter Ward vanishes from his cell, while his family’s doctor, Marinus Bicknell Willett, tries to unravel the reasons behind Ward’s insanity. Willett soon discovers that Ward had been obsessed with a distant ancestor, Joseph Curwen, a smuggler and necromancer who was engaged in a vast conspiracy with fellow wizards.