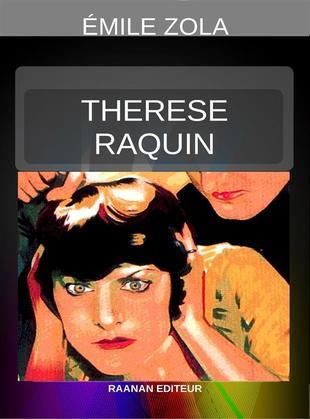 Thérèse Raquin is an 1868 novel by French writer Émile Zola, first published in serial form in the literary magazine L'Artiste in 1867. It was Zola's third novel, though the first to earn wide fame. The novel's adultery and murder were considered scandalous and famously described as "putrid" in a review in the newspaper Le Figaro.

Thérèse Raquin tells the story of a young woman, unhappily married to her first cousin by an overbearing aunt, who may seem to be well-intentioned but in many ways is deeply selfish. Thérèse's husband, Camille, is sickly and egocentric and when the opportunity arises, Thérèse enters into a turbulent and sordidly passionate affair with one of Camille's friends, Laurent.

In his preface, Zola explains that his goal in this novel was to "study temperaments and not characters". Because of this detached and scientific approach, Thérèse Raquin is considered an example of naturalism.