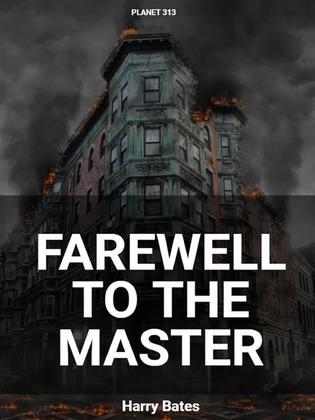 Farewell to The Master: The Day the Earth Stood Still

The robot was harmless, in fact couldn't be moved in any way whatever- till a newsman stuck his nose in where it didn't belong!

Hiram Gilmore "Harry" Bates III (October 9, 1900 – September 1981), born in Pittsburgh, Pennsylvania was an American science fiction editor and writer. He began working for William Clayton in the 1920s as the editor of adventure pulp magazines and Astounding Science Fiction was the result.

His short story "Farewell to the Master", first published in the October, 1940 was the basis of the well known science fiction movie The Day the Earth Stood Still (1951) because it illustrated the fear and suspicion that characterized the early Cold War and Atomic Age.