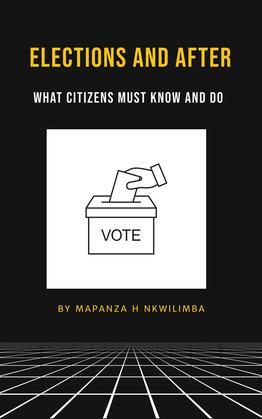 Citizens of democratic countries periodically elect public officials to manage national affairs. However, citizens are often not sure of what to do before, during and after elections. This book explains what citizens must know and do to create conducive environment for free and fair elections, elect public officers that would serve them, and hold elected officials accountable in between elections. Although the book is written with Zambia in mind, it is relevant to citizens of other countries, especially in Africa. Citizens of other countries other than Zambia must refer to constitutions and laws of their countires and apply the general principles espoused in the book.