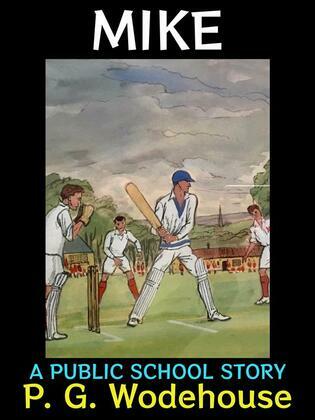 Mike by P. G. Wodehouse. This charming story of the Jackson cricketing dynasty describes the adventures of Mike Jackson at boarding school as he makes his way up the sporting ladder to the first eleven. The young P. G. Wodehouse evokes the peaceful, prosperous world of middle-class England before the Great War, a place where rich men hire private cricket professionals to coach their sons at home, and little seems to matter at school except the publishing of team lists and the taking of tea. But such is the novelist's skill that he can make excitement from the small-scale dramas of teenage life, and interest even the most unsporting reader in the cricket matches he describes so lovingly. A curiosity for those who know only the Wodehouse of Blandings and Piccadilly, but a delightful one. Although Mike was one of Wodehouse's earlier books, Wodehouse thought it his best work.