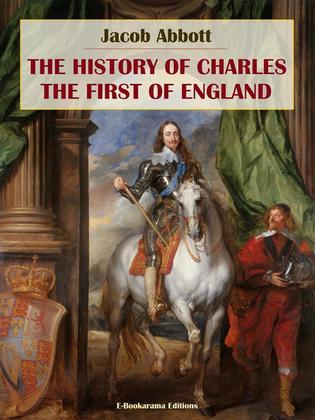 The History of Charles the First of England

"The History of Charles the First of England" is a dramatic and sweeping account from master storyteller Jacob Abbott, detailing the trials, tribulations, errors, and ultimate tragedy of Charles I (1600–1649), who achieved fame by becoming the only monarch of Britain to be executed after his country was plunged into a devastating civil war.

After detailing his early life’s adventures, including his unsuccessful attempt to marry a Spanish Habsburg princess, and his later marriage to the French Bourbon princess Henrietta Maria, Abbott provides the reader with a concise background to the origin of the English Civil War.

This work adeptly pinpoints the causes of Charles’s ultimate downfall: the odious influence of George Villiers, first Duke of Buckingham; his marriage to a Roman Catholic, which alienated many Protestants; his failure to successfully support the Protestant forces during the Thirty Years' War; his attempt to force the Church of Scotland to adopt high Anglican practices (which led to the Bishops' Wars); his quarrels with the Parliament of England over his royal prerogative, and the popular resentment against excessive taxes and his increasingly autocratic style of rule.

A must-read for those interested in the history of Britain!