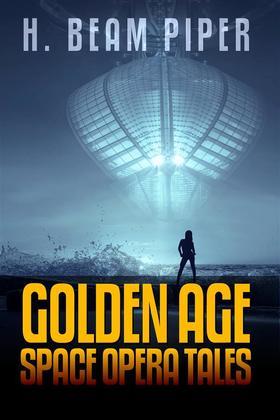 Henry Beam Piper (March 23, 1904 – c. November 6, 1964) was an American science fiction author. He wrote many short stories and several novels. He is best known for his extensive Terro-Human Future History series of stories and a shorter series of "Paratime" alternate history tales.

Piper was largely self-educated; he obtained his knowledge of science and history "without subjecting myself to the ridiculous misery of four years in the uncomfortable confines of a raccoon coat." He went to work at age 18 as a laborer at the Pennsylvania Railroad's Altoona yards in Altoona, Pennsylvania. He also worked as a night watchman for the railroad.

Piper published his first short story, "Time and Time Again", in 1947 in Astounding Science Fiction; it was adapted for the radio program Dimension X and first broadcast in 1951, and was re-produced for X Minus One in 1956. He was primarily a short story author until 1961, when he made a productive, if short-lived, foray into novels. He collected guns and wrote one mystery, Murder in the Gunroom.

- He Walked Around the Horses

- Day of the Moron

- A Slave is a Slave