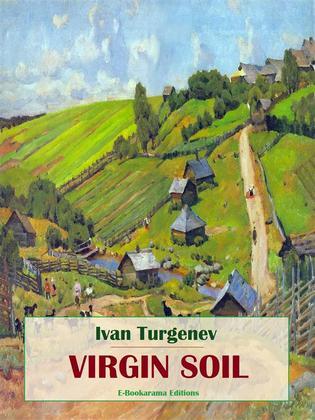 First published in 1877, "Virgin Soil", Ivan Turgenev's sixth and final novel, is a comedy of despair.

Turgenev was the most liberal-spirited and unqualifiedly humane of all the great nineteenth-century Russian novelists, and in "Virgin Soil", his biggest and most ambitious work, he sought to balance his deep affection for his country and his people, with his growing apprehensions about what their future held in store.

At the heart of the book is the story of a young man and a young woman, torn between love and politics, who struggle to make headway against the complacency of the powerful, the inarticulate misery of the powerless, and the stifling conventions of provincial life. A couple of young populists who hoped to sow the seeds of revolution in the virgin soil of the Russian peasantry.

This rich and complex book, at once a love story, a devastating, and bitterly funny social satire, and, perhaps most movingly of all, a heartfelt celebration of the immense beauty of the Russian countryside, is a tragic masterpiece in which one of the world's finest novelists confronts the enduring question of the place of happiness in a political world.