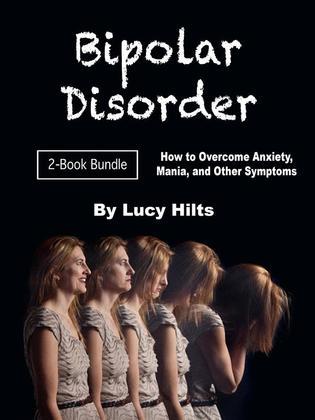 Book 1: Many people have wondered what bipolar disorder is or what the symptoms are. While starting out with these simple facts, this guide goes much deeper into the subject. It covers a wide range of subtopics that will help you understand the nature of the disorder better.

For example, this book talks about the relationship of bipolar disorder to sleep deprivation, genetics, nutrients, and postpartum depression.

It also highlights some facts about the brain of someone with bipolar disorder, the reason why it’s so dominant in the United States as compared to other countries, and much, much more.

Book 2: Sometimes, when people are diagnosed with bipolar disorder, the diagnosis is wrong. In some cases, the condition is mistaken for borderline personality disorder, or the main essence of the disorder is still missing. We will investigate this further, as well as some of the criteria that a diagnosis like that has to meet.

Aside from this, this book will guide you along to comprehend what the effects of social media and socializing can have on a person with bipolar disorder. Last but not least, it emphasizes how couples can cope if one of them goes through the hardships of mania, depression, or other associated symptoms.