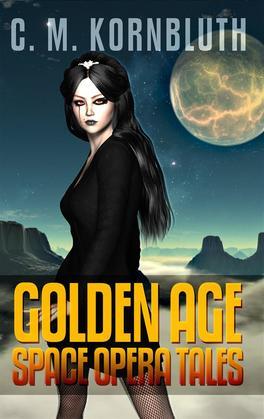 Cyril M. Kornbluth (July 2, 1923 – March 21, 1958) was an American science fiction author and a member of the Futurians. He used a variety of pen-names, including Cecil Corwin, S. D. Gottesman, Edward J. Bellin, Kenneth Falconer, Walter C. Davies, Simon Eisner, Jordan Park, Arthur Cooke, Paul Dennis Lavond, and Scott Mariner. The "M" in Kornbluth's name may have been in tribute to his wife, Mary Byers; Kornbluth's colleague and collaborator Frederik Pohl confirmed Kornbluth's lack of any actual middle name in at least one interview.

Kornbluth began writing at 15. His first solo story, "The Rocket of 1955", was published in Richard Wilson's fanzine Escape (Vol. 1, No 2, August 1939); his first collaboration, "Stepsons of Mars," written with Richard Wilson and published under the name "Ivar Towers", appeared in the April 1940 Astonishing. His other short fiction includes "The Little Black Bag", "The Marching Morons", "The Altar at Midnight", "MS. Found in a Chinese Fortune Cookie", "Gomez" and "The Advent on Channel 12".

The Syndic by C. M. Kornbluth

The Luckiest Man in Denv by Cyril M. Kornbluth

The Adventurer by C. M. Kornbluth

The Altar at Midnight by Cyril M. Kornbluth

With These Hands by Cyril M. Kornbluth