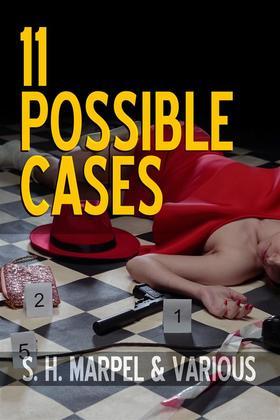 A collection of detective-mystery by some of the true greats from the late 1800's mystery writers.

Some of these are:

Frank Richard Stockton - known for his "Lady and the Tiger"

Anna Katharine Green - known as "the mother of the detective story"

Edgar Fawcett - bestselling novelist at the turn of the last century

Henry Harland - known for his 1900 hit "The Cardinal's Snuff-box"

Joaquin Miller - the "Poet of the Sierras" for his numerous stories about the Sierra Nevada mountains.

Maurice Thompson - known for novels and poetry, writing and publishing 22 books in 25 years.

- The Only Girl at Overlook, Franklin Fyles

- A Lion and a Lioness, Joaquin Miller

- The End of All, Nym Crinkle

- Shall He Marry Her? Anna Katherine Green