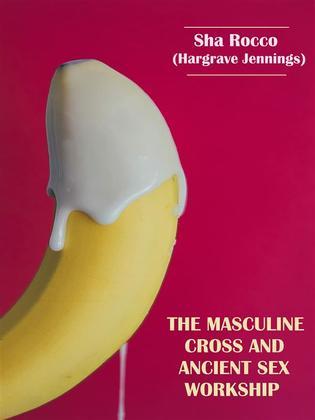 First published in 1874 by Sha Rocco (pseudonym of Hargrave Jennings), "The Masculine Cross and Ancient Sex Worship" is a short book on ancient 'Phallic worship', as the Victorians called it. The book contains much which is covered in the other entries in this literature. "The Masculine Cross and Ancient Sex Worship" presents a detailed treatise on the role of sexuality in ancient religions and religious practices, as well as the development of these ideas throughout history.

The author places an inordinate amount of significance on anything that is vaguely phallic looking or resembles a vagina. This includes pawn shop signage, tortoise heads, arched doors, lozange-shaped design elements, and so on.

This work will appeal to those with an interest in ancient religions and the history of sexual representation in art and literature.

Hargrave Jennings was a British Freemason, Rosicrucian, author on occultism and esotericism, and amateur student of comparative religion. He also wrote "The Rosicrucians, their Rites and Mysteries".